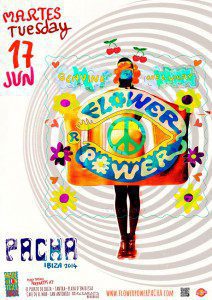 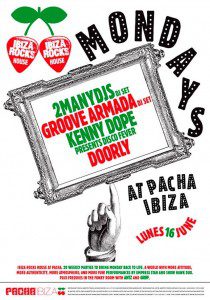 This Tuesday you have to prepare your most hippy look for Pacha Ibiza Flower Power party. The legendary club meeting every Tuesday allows us to repeat the particular trip in time that occurs on the track through sound sessions where the greatest hits of the golden ages of music: 60s, 70s and 80s. Led by the sounds of the residents of this party, including Dj Pitti. Enjoy the Flower PowerÂ enjoy the essence of Ibiza Â  This Wednesday come back an appropriate stage for underground sounds as Veto Social Club, the musical proposal of the collectiveÂ  An Underground Lovestory. Designed to promote and publicize promising young islander music scene. The American Chad Andrew, of Dissonant and Moan Rec stamps, will shower their particular domain of deep sounds, and with it, another American, Sebastian Paiza, Dub and Early Art of Dark, and the duo Dis & Dat. Â  This Wednesday arrives Reverse: the “musical invasion” that will catch you right from the first moment. Reverse arrive at Ibiza for first time this summer to take over every Wednesday until September 10th, Vista Club. So, this party, one of the most representative of Madrid clubbing scene, memorable sessions in Fabrik and in Riviera, proposes a Wednesday night full of experiences “outspace” and “futuristic”. Among the “recruited” REVERSE are Vitalic, with its potent mix of rock, techno and electro; Uner, a name that sounds more in #Spain, and members of the musical project Technasia; Umek, Karote, Onno, Pirupa, Uto Karem Dosem, among others.

Trackback from your site.

This information box about the author only appears if the author has biographical information. Otherwise there is not author box shown. Follow YOOtheme on Twitter or read the blog.